This article has been prepared by Northcape Capital, the underlying investment manager for the Warakirri Global Emerging Markets Fund.

Milwaukee, Ryobi, Empire and AEG are some of the leading names in the tool industry, famous for technical innovation and dependability, relied upon around the world by pros and DIY enthusiasts alike. Similarly, in floor care legendary brands such as Hoover, Vax and Dirt Devil are synonymous with performance, quality and reliability.

What do these brands have in common, other than being the leading players in their respective categories? In fact, these brands are all owned and operated by the same EM company – Hong Kong based, Techtronic Industries Co Ltd. 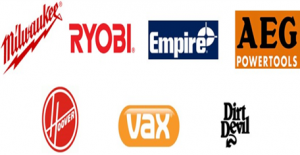 Techtronic is one of the very best long-term shareholder value creators around – not only in the EM, but also in the entire global equity asset class.

Whilst the Hong Kong headquartered company continues to fly under the radar, its shares have compounded at a remarkable 31% p.a. (pre-dividends!) over the past decade. Techtronic is no small cap either – market cap is US$23 billion and liquidity in the shares is strong. Rather, the company is a quiet performer, a family-run business that prefers not to draw attention to itself and let results speak for themselves. Hand and Power tools make up more than 90% of earnings, with the remainder being floorcare.

Established in 1985 and listed on the Hong Kong stock Exchange in 1990, Techtronic has a long operating history, employing approximately 30,000 staff worldwide, with an operational success built on fulfilling customer needs through quality manufacturing and product innovation. An underappreciated feature of the company has been its investment in technology, via a network of Innovation Centres staffed by engineers, product designers, software programmers, researchers, and product managers focused on new product and technology development.

Innovation centres are campus-like, consisting of state-of-the-art testing, research and development facilities in addition to corporate offices and distribution – a critical point of differentiation.

The structure of the hand and power tool industry results in a competitive advantage (or an “economic moat”, in the words of a renowned Omaha-based investor) for established players with a long operating history. There are significant benefits for incumbent players over new entrants in the tool industry, particularly in the tool segment.  In fact, all the top ten tool brands in the world are over seventy years old, with an average age of 106 years.

In the context of this dynamic, Techtronic`s portfolio has an excellent pedigree.

Milwaukee was established in 1924, AEG in 1883 and the new kid on the block – Ryobi – is seventy-six years old.  Whilst Techtronic has been an exceptionally strong performer over a long time period, two important changes have occurred in recent years that Northcape believes will underpin even better performance going forward.

First, the tool industry is steadily shifting away from corded and gas/petrol tools to cordless lithium-ion rechargeable tools. This is a technology where Techtronic has the first mover advantage, which is critical because – unlike previous technologies – there is a powerful network effect in rechargeable tools.

The batteries can be recharged many thousands of times (sold separately from the tools) are costly and can only be used with Milwaukee tools.

This creates a switching cost for users; the more tools that a user has within the Milwaukee brand, the greater the incentive to buy Milwaukee for future tools.

To switch to another brand requires not just the tool itself but also the battery compatible with that tool, which can cost more than the tool itself.

This is important because Techtronic was the first mover into “lithium ion” technology, meaning that more users are already within the Milwaukee, AEG and Ryobi systems than that of its competitors. This gives the company a degree of pricing power over competitors. Recently, technology within rechargeable batteries has advanced to a level which opens a range of applications which were previously not feasible. An example is ride-on mowers and garden care more generally.

Not only are rechargeable garden tools like this lawnmower quieter and more convenient than legacy petrol machines, the lack of emissions makes them better for the Importantly, these are totally new categories for Techtronic where it is not competing against its traditional tool rivals, but legacy petrol and gas players that do not have any expertise in rechargeable batteries or electric motors.

Among other new multibillion-dollar categories for the rechargeable battery technology, the company is excited about industrial lighting and “MX Fuel” heavy duty tools.

The very latest lithium ion batteries can be used to power heavy duty tools such as high-power cut-off saws, breakers and core drills – tools which previously were only available in petrol or gas.

Techtronic has launched this category as a sub brand – MX Fuel – which will operate as a discrete network with a different battery that will be compatible with all MX Fuel tools.

In this strictly pro-only category (or “tradie” in some countries like Australia), the benefits of Techtronic`s lithium ion technology are very clear. The fact that its tools are emission free is a significant advantage over existing tools for poorly ventilated job sites. The tools also get less hot and remove the fire danger of gas tools, both further advantages in a world where focus on OH&S is increasing.

Techtronic`s first mover advantage in these new categories and its technological leadership are a result of the company`s large and efficient R&D spend. This year the company is on track to spend a whopping US$250m on R&D, an investment which has doubled over the past five years and management believes will continue to grow at more than ten percent per annum going forward.

Further underpinning innovation and technological prowess, Techtronic has the leading graduate recruitment program in the industry. In 2020 alone the company plans to hire over a thousand graduates in the US, mainly from top universities such as MIT and Stanford in fields such as engineering and physics.

Techtronic`s CEO, Joe Galli, has consistently emphasised that the company should be competing with the likes of Google and Apple for the best people, a vision that has helped brands like Milwaukee to assemble one of the most capable workforces in the tool industry. We visited Milwaukee last year to tour the headquarters of the eponymous brand as part of our extensive due diligence process and were impressed that it feels much more like a tech company than a traditional tool company.

We believe the coming years will see a further improvement in Techtronic`s performance. Whilst revenue reached US$7.7bn for 2019, the company believes it can reach US$20bn over the coming years, creating significant shareholder value in the process.

In our opinion, Techtronic is a true Eight Principles (integral to Northcape’s investment process) company, offering both downside protection and upside potential, deserving its inclusion in the Warakirri Global Emerging Markets portfolio.