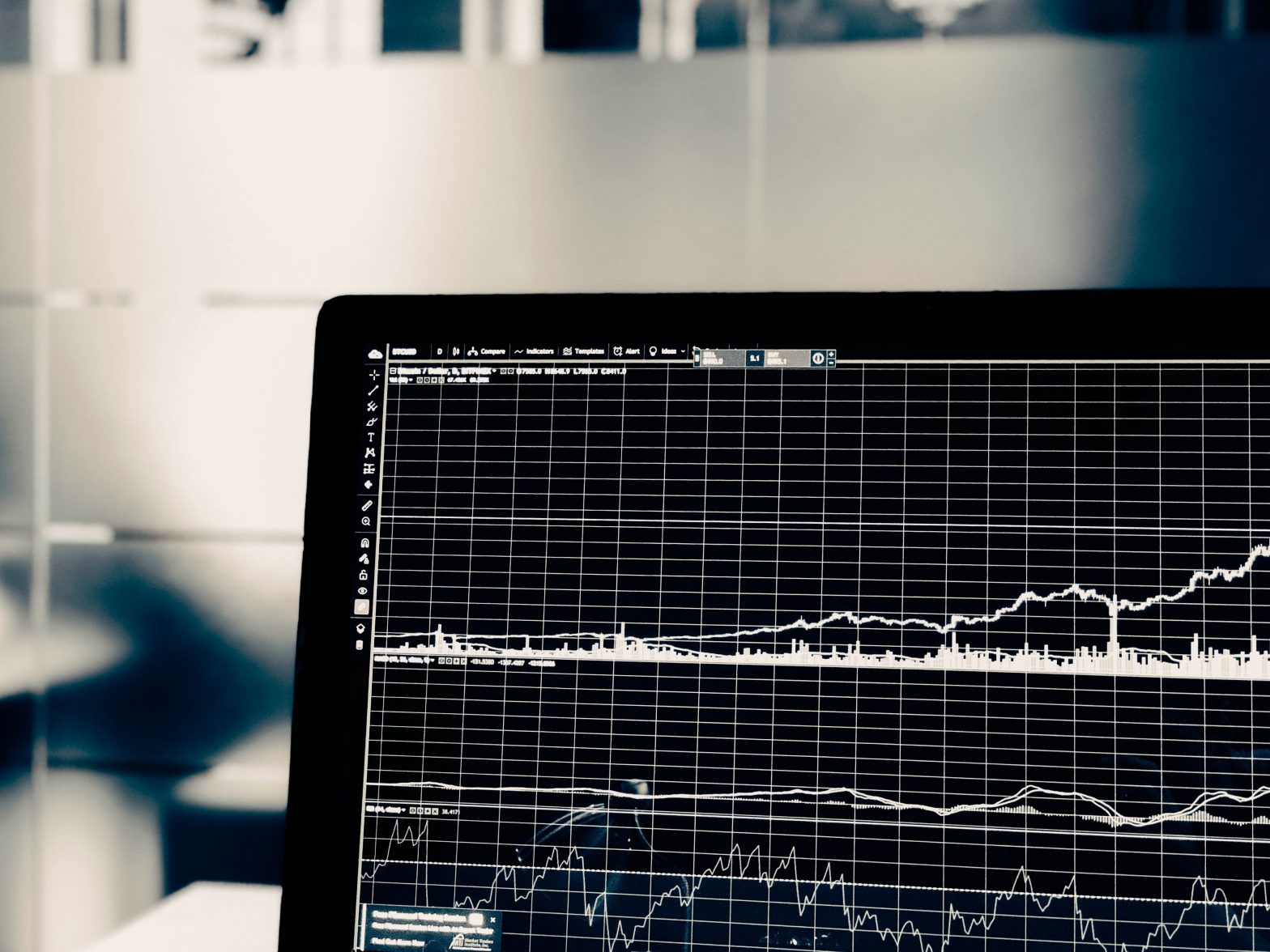 As we write this newsletter, we are still second-guessing the potential outcomes of the US election, which combined with the renewed Covid-19 waves around the world, have dominated market sentiment in recent months.

Equity markets in October can best be described as nervous. While the MSCI World index only dropped 3% in local terms, the variations around the world were wide. Germany for example was 10% lower as they, after doing significantly better in the first wave of Covid-19, saw a spike in new infections leading to a renewed round of lockdowns. This was in general why Europe underperformed other developed markets, as the threat of new restrictions will likely impact a very fragile economic recovery story.

After spending more time on the Covid-19 threat in last month’s newsletter, we will just add that the situation has deteriorated in most developed markets in October, and the main difference has been the response to this new wave. Where the US has remained stubbornly open, despite a hyperbolic return of new cases, most European countries have reacted with a range of new restrictions. This also includes the UK where the ongoing Brexit saga is not helping to regain investor trust either.

The US (down 2.6%) performed in line with the index, while the Asian countries did a little better. The index was only down 1% in AUD, as our currency weakened in anticipation of further RBA monetary stimulus, which was announced in early November as a combination of a small rate cut, forward yield guidance and another $100bn QE package.

By MSCI World sectors, wide dispersions were also noticeable in October. Earlier strong performing sectors like IT and Healthcare dropped the most (each around 3% in AUD), while lower beta sectors like Utilities and Communication Services outperformed, up 4% and 3% respectively. The other stand-out negative sector was Energy as the WTI price tumbled again to $36 at the end of the month.

The four new trillion-dollar market cap horsemen (Apple, Microsoft, Amazon and Alphabet) had a weak month for a change, as 3 of them lost between 4% and 6%. The exception was Alphabet, which had lagged so far this year and was up 10% during the month despite a range of new regulatory risks around their market dominance.

The main driver of share prices in October was however the upcoming US presidential election. The polls saw a consistent national lead of around 10 points for the Democratic Biden/Harris ticket and even in ‘swing states’ like Pennsylvania, Wisconsin and Michigan, which all turned Red (i.e. Republican) under Trump, saw a solid lead for the Democrats. This lead was well ahead of the 2016 Clinton lead versus Trump.

The market was therefore starting to price in a so-called Blue Wave, where Democrats would get the Presidency, regain the Senate and keep the majority in the House. This scenario would have likely led to a strong fiscal stimulus package, higher corporate taxes, more Tech and Health regulation and more emphasis on clean energy sources and as a result would have favoured sectors like Industrials and Renewables and would hurt sectors like Technology and Healthcare.

But as we should have learned from the 2016 election, polls can be wrong and the margin of error was even higher as it looks now than it was in 2016. The day after Election night, the most likely outcome is a very close call with regards to the Presidency, which a small benefit for Biden, which will depend on the final outcome of a handful of States (like Pennsylvania, Georgia, North Carolina and Nevada).
It also looks like the Republicans will keep the Senate and the Democrats the House. As a result, it is clear that whoever wins will be faced again with a divided Congress and will struggle to implement any big policy changes in the next 4 years. Clearly, it will be unlikely that we see a winner that all parties agree on in the coming days or weeks.

The first court cases around counting in various states have already started and it is likely that these cases will ultimately end up in the Supreme Court (as they did in 2008 with Bush v Gore). At least there is a deadline to all of this, declared by the US Constitution, as there will be a Presidential inauguration by January 20th, 2021 and the states have a statutory “safe harbor” date of 8th December to certify their chosen electors to the Electoral College. Safe to say, we will be happy to return to fundamental analysis of companies and industries, instead of being glued to certain Twitter accounts!

Whatever your political beliefs may be, this status quo situation is probably the best outcome for our portfolio positioning. Going into the election, we believed that we did not have extensive risk in our portfolio. The Pharmaceutical, Financial sectors and Big Tech were the obvious losers from a Blue sweep, and we have limited to no exposure there. Where we would see some impact is from potentially higher corporate taxes, but no more than the overall US market. But again, it is unlikely that we see sweeping changes to the overall tax climate in the US given the split Congress situation.

Stocks in Focus
The extensive corporate access through video conferencing has continued. As we mentioned before, we have never had such good access to companies as in the last 6 months. Whilst we would love to get back on the road again and kick some of the proverbial tyres, in the meantime we are enjoying this abundance of corporate meetings. Two of the most interesting company interactions we had this month were Nike and Nvidia.

Nike: In our recent call with IR from the company we discussed a range of topics, including macro impacts, product innovation and the rapid transition to digital. Covid-19 has helped the ‘casualisation’ trend, which has accelerated due to increased working-from-home and as Nike says: “it is preferable to be comfortable”. This has supported the Nike business model, despite the earlier impact of closed retail stores.

Nike has seen a significant rebound in markets that have opened up again like China and the US. One of the most important trends that Nike has seen this year is the accelerated move to online shopping. Online has jumped from 20% to 30% of their revenues in the last 6 months. This has not only had an impact on the revenues (as they are selling a sneaker for full price instead of a 30% discount to the wholesaler), but also on the margin (the online margin is about 10 points higher).

The fact that we haven’t seen most of the impact yet, is because the slowdown earlier this year has created elevated inventory levels which are being addressed by higher promotional activity. The other big trend is that in its brick and mortar business Nike is moving away from ‘undifferentiated’ wholesalers (e.g. department stores) and preferring some of the big specialised retailers (e.g. Footlocker) or their own Nike-branded stores.
Nike is in a great position competitively, with only Adidas as the main global peer (albeit a lot smaller), as we see the damaging impact of Covid-19 closures on smaller brands. With a revenue and margin tailwind behind them in the coming years, driven by increased online penetration, we are happy holders of the stock.

Nvidia: The most recent meetings with Nvidia were mostly spent on the potential impact of the recently announced ARM acquisition. While we do want to stress that the closure of this deal is still at least 12 months away, given the regulatory complexities, the strategic picture is becoming clear. Nvidia wants to create an ecosystem in gaming, datacenters, automotive and even in PC/notebooks and smartphones (ARM strongholds) where they are the driving compute platform behind the scenes.

The other exciting opportunity are the synergies with ARM’s customer base. Not only can Nvidia sell into that base which includes all handset makers and nearly all of the hardware and semiconductor world, it can also copy ARM’s very profitable licensing and royalty business model for their own products. If the deal goes through, and that remains an if, the future looks bright for Nvidia.