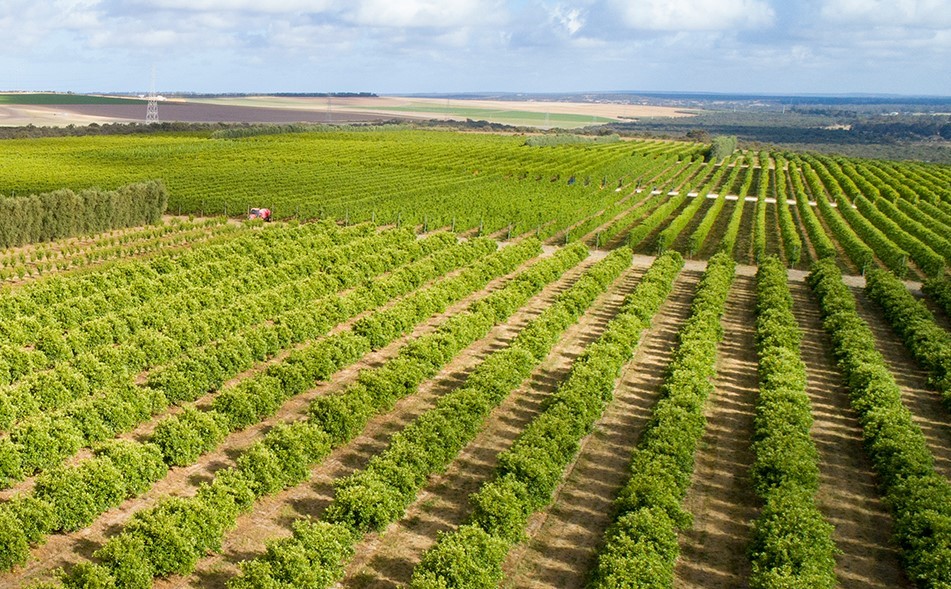 The article below first appeared in Farm Weekly, published on 15 November 2021.

One of Australia’s biggest landholders has revealed exactly how big the advantages are of being a big farmer.

Everything it does is big. Warakirri has $2.2 billion of assets under management and commitments, mostly in Australian farmland.

Its two cropping businesses, Warakirri and Daybreak Cropping, together span about 200,000 hectares across 17 aggregations and produce roughly half a million tonnes of grain a year. It also has Australia’s largest milk producer, Aurora Dairies, whose 32 dairy farms milk 25,000 cows producing a total 185 million litres of milk a year.

Discussing the Warakirri Farmland Fund at a Global AgInvesting webinar targeting institutional investors last week, the firm said the likely $500m fund was open to those willing to commit more than $20m. This fund, it said, pooled money to buy and then lease out property, suiting investors who could not allocate the more significant sums needed to create the scale and diversification for successful direct own-and-operate investments.

Warakirri head of cropping and diversified agriculture Adrian Goonan spelled out just how much corporate investors should set aside if they wanted to buy and operate farms.

“An allocation of 50 million or less … is likely to buy you one asset in a climate zone and serving a handful of markets, your experience is likely to be volatile, with returns ultimately lower, around the 5 per cent mark,” he said.

Mr Goonan said that as scale and diversification increased, returns became quite attractive.

“Diversified investment in the vicinity of $250-500 million produces total returns around the 11pc mark with a significantly smoother return profile,” he said. “These returns are further improved with larger investments around the $1 billion mark, with realistic returns around the 12pc net of fees, with a very low level of volatility attainable through a range of cycles.”

Although tight supply and booming demand for farmland has seen prices surge, Warakirri believed there were still plenty of opportunities for investors. It estimates the “investment universe” in Australia was about $700b comprising farmland, water, forestry, aquaculture, infrastructure and debt. Of that, roughly 70pc or $480b was farmland or water. Each year, 1-2pc was traded, equating to $5-10b.

“So this is really truly a land of opportunity, with a large pool of diversified assets, which turnover on a regular enough basis to allow new and existing investors to get set and in an industry that will benefit from further investment and development to unlock its true potential,” Mr Goonan said.

Among the questions put to the Warakirri presenters was one from a potential investors who asked whether institutions were exiting Australian farmland while family farmers “doubled down”.

“There have been a number of high profile large institutional sales recently but, when you look back through history, that’s not new,” Mr Goonan said. There were still institutional investors entering the market and described the current mix of family and institutional landholders as “not abnormal”. The strength of family farming businesses meant there was increased competition for small and large scale properties. “I see a pretty fair playing field, an enormous amount of inbound capital, with family competing with local capital,” Mr Goonan said.

“I don’t think it’s particularly different right now, other than probably the general strength in the market and strength of balance sheets, driven largely by underlying profitability.” Several of the investors asked about Warakirri’s green credentials and Mr Goonan said it was certified carbon neutral and each of its investments had their own sustainability and climate change action plans.

“As one of the largest dryland cropping farmers in Australia in the row crop sector, we’re acutely aware of the risks of climate change that present now and into the future, so we don’t need convincing on the science,” he said.

“We have been experiencing the realities of more extreme weather events here in Australia, a shift in rainfall patterns and warmer conditions.”

Warakirri was investigating how it could minimise its carbon emissions and hoped to establish a net-zero roadmap shortly for its cropping portfolios. “The science is saying that carbon accumulation in our soils is quite limited when you get to best practice in continuous cropping system,” Mr Goonan said.

It was looking to rejuvenate remnant vegetation, establish new mixed species plantations and considering how it could reduce the carbon footprint of its inputs like fuel and fertiliser, while supporting research and development. “To answer your question, it’s an evolving space but we’re committed to playing our part.”

Warakirri said the recently launched Farmland Fund for institutional investors was very similar to its Warakirri Diversified Fund launched in 2019 for Australian high-net-worth individuals and family offices. Both remained open to investors. The fund will target a wide range of assets all over Australia, including fruit, vegetable, nut and citrus farms, vineyards and table grapes, and water. The assets are leased to established businesses considered experts in their field, allowing the fund to produce a stable income return of roughly 6-7pc for investors with a total return target of 11pc a year, including capital appreciation over time.