Why Northcape has no interest in EM’s largest player 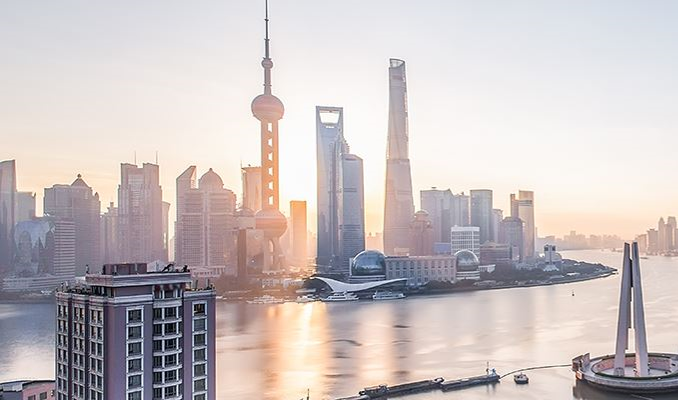 The following article appeared in Citywire published on 6 April 2022.

China has been the greatest macro-economic success story but its equities have been ‘lousy’ according to emerging markets fund manager (Northcape Capital).

Robeco client portfolio manager for global credit strategies, Erik Keller, said China had become a concern for the fund manager as despite accounting for 50% of global growth in the last decade it would struggle to meet its 5.5% growth target.

‘We question if that is feasible given that at the same time the Chinese government also wants to protect debt in the system,’ he said.

Keller said the measures the country had put in place already had a negative impact n the real estate sector and that the trajectory of consumer spending would make it difficult to reach its 5.5% growth target.

‘We cannot expect a similar kind of debt increase to fuel growth in for example, the real estate sector in China, but also consumer spending sides. We see that with zero COVID policy in China where whole cities are being locked down has a clear negative impact on consumer spending,’ he said.

‘And the other part is that China is also big commodity importer, so the higher commodity prices will also negatively impact growth of China. This will also have an impact on global growth and on some emerging markets really exposed to China.’

Northcape Capital portfolio manager, Ross Cameron, believed the risk return dynamic for China was currently unfavourable and that many managers made the mistake of investing in the Chinese share market believing they were investing in the country’s economy but they were not.

‘The average return on invested capital return on equity for Chinese companies is way below the EM average, so that’s not a good environment for shareholder value creation. Why is that? Is it because they’re incompetent? Absolutely not. It’s because companies are not run purely for shareholders,’ he said.

‘There are also other goals like provincial GDP targets or employment targets or national strategic plans.’

Cameron pointed to a Taiwanese government review that found all Chinese companies that called themselves private were in fact state-owned enterprises.

‘Even if you are bullish on the Chinese economy that’s not a conducive environment for good equity market returns. If you look at the last 10 or 15 years China has been the best macro-economic success story in the world – Chinese GDP is growing at high single digits over that period,’ he said.

‘But have a look at Chinese equities over the same period – they’ve been lousy. So, you’ve just had the best 15 year economic success period in the history of the country and perhaps the world because it’s a phenomenal achievement, and yet, Chinese shares are flat to down over that period. So, it’s just not it’s not a great place for investor returns.’

China-focused fund returns in Australia echoed both Keller and Cameron’s sentiment as all active funds lost returns over the last three years.

According to Morningstar data, over the three years to 31 March, the best performing active China-focused fund was Premium China at -4.97%, followed by Fidelity China at -8.12%, and ChinaAMC China Opportunities fund at -6.71%. This was compared to the MSCI China NR index loss of -13.7%.

On the exchange traded fund side, the best performing fund was VanEck China New Economy ETF at 23.6%, followed by VanEck FTSE China A50 ETF at 2.5%, and iShares China Large-Cap ETF at -27.8%.

Sustainability
Cameron noted that less than 20% of Chinese companies published any kind of sustainability report and of those that did very few were independently audited.

Management in Chinese firms were often inaccessible as they were not interested in talking to foreign investors.

‘Ninety plus percent of the trading in the A-share market is local domestic retail – foreign fund managers are a tiny part of the Chinese equity market. There’s no pressure on Chinese companies to improve sustainability. Retail investors aren’t pounding the table telling companies to publish sustainability reports,’ Cameron said.

The desire for sustainability reports generally came from foreign institutional investors which accounted for less than 5% of trade in China.

“We just don’t have any bargaining power. It’s a big retail casino, really the Chinese equity market,’ he said.

‘I’m not criticising it as it is just a different system. This system is to keep the communist party in power forever, provide full employment, increase China’s strategic industries, and bring people out of poverty.

‘Foreign shareholder returns are just not on their radar. Now, that’s fine, but that’s not the kind of system you want to invest in as a minority shareholder.’